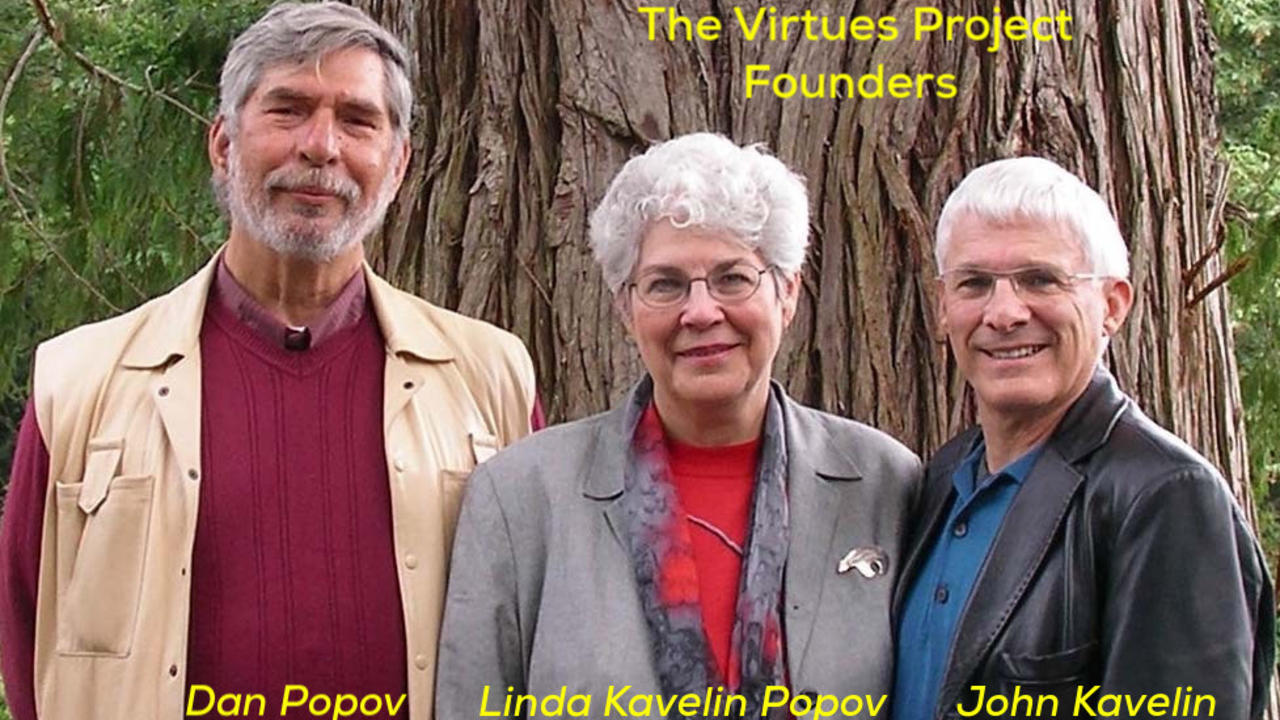 What do the United Nations, the Dalai Lama, and Oprah Winfrey all have in common? Alright, obviously they have a lot in common but, in addition to being universally regarded for positively impacting humanity, they have all endorsed The Virtues Project!

The Virtues Project™ is a global grassroots initiative that began in 1991 to inspire the practice of virtues in everyday life, sparking a global revolution of kindness, justice, and integrity in more than 120 countries. Facilitators, Master Facilitators, Champions and Virtues Connections help to empower individuals to live more authentic meaningful lives, families to raise children of compassion and integrity, educators to create safe, caring, and high performing learning communities, and leaders to encourage excellence, ethics and appreciation in the work place.

The Dalai Lama wrote, “I fully support The Virtues Project which promotes such universal values as love, kindness, justice and service. May you be successful in your endeavor.”

From grassroots to worldwide

The project has inspired and mobilized people worldwide to commit acts of service and generosity to heal violence with virtues. The Five Strategies of The Virtues Project awaken the gifts of character through inspiring workshops, retreats, books, cards and other materials that help us to remember who we really are and to live by our highest values.

The United Nations honored the project during the International Year of the Family as a "model global program for families of all cultures."

The seed of The Virtues Project™ was planted on Easter weekend, 1988 when Linda Kavelin Popov, her husband Dr. Dan Popov and brother John Kavelin were discussing the state of the world over brunch at the Empress Hotel in Victoria, British Columbia.

They decided to do something to counteract the rising violence of children toward others and themselves. They believed that violence is a symptom and meaninglessness is the disease. They spent a summer of discernment reflecting on what would give children a sense of meaning and purpose. Tapping into Dan’s years of research in the world’s sacred traditions, they had an “Aha! Moment”. They discovered that virtues are at the heart of meaning in every culture and belief system, from indigenous oral traditions to the world’s sacred texts.  Knowing that all children are born with virtues, universal positive qualities of character, in potential, they thought about how they could awaken and strengthen them in children and came up with the Five Strategies.

The Kavelin-Popovs self-published the original Virtues Guide in their garage, and in less than two months, by word of mouth alone, it was in more than twenty countries.  Linda, now retired, continues to blog from her home in Lanai, Hawaii.

Oprah said of The Family Virtues Guide: “Parents are always saying children do not come with a guide book. This is one. This helps you get them on the right track for leading a good life.”

Our team has created the Virtues Cards app as a simple way to help The Virtues Project go viral and to make the wisdom of the virtues easily accessible to people all over the world.

We are so grateful you have joined us on this journey of transformation!  We wish you much joy, meaning and purpose!